A GLIMPSE INTO OCRACOKE HISTORY

WE INVITE YOU TO DISCOVER OCRACOKE HISTORY

Whether you’re a history buff looking for your next vacation destination or you are intrigued by Ocracoke Island, we invite you to visit Ocracoke, the southernmost island in the Outer Banks.   Pack your bags for a unique vacation experience on an island accessible by boat, ferry, or private plane. From the Ocracoke Lighthouse to the shores of the beautiful Pamlico Sound, you will find Ocracoke’s history a fascinating one.

Here’s just a sampling of Ocracoke’s history. We invite you to explore further on your next visit.

Begin your exploration of Ocracoke history at the Ocracoke Preservation Society Museum. Located in the turn-of-the-century home of Coast Guard Captain David Williams, the museum offers a glimpse into the unique history and rich culture of Ocracoke Island. 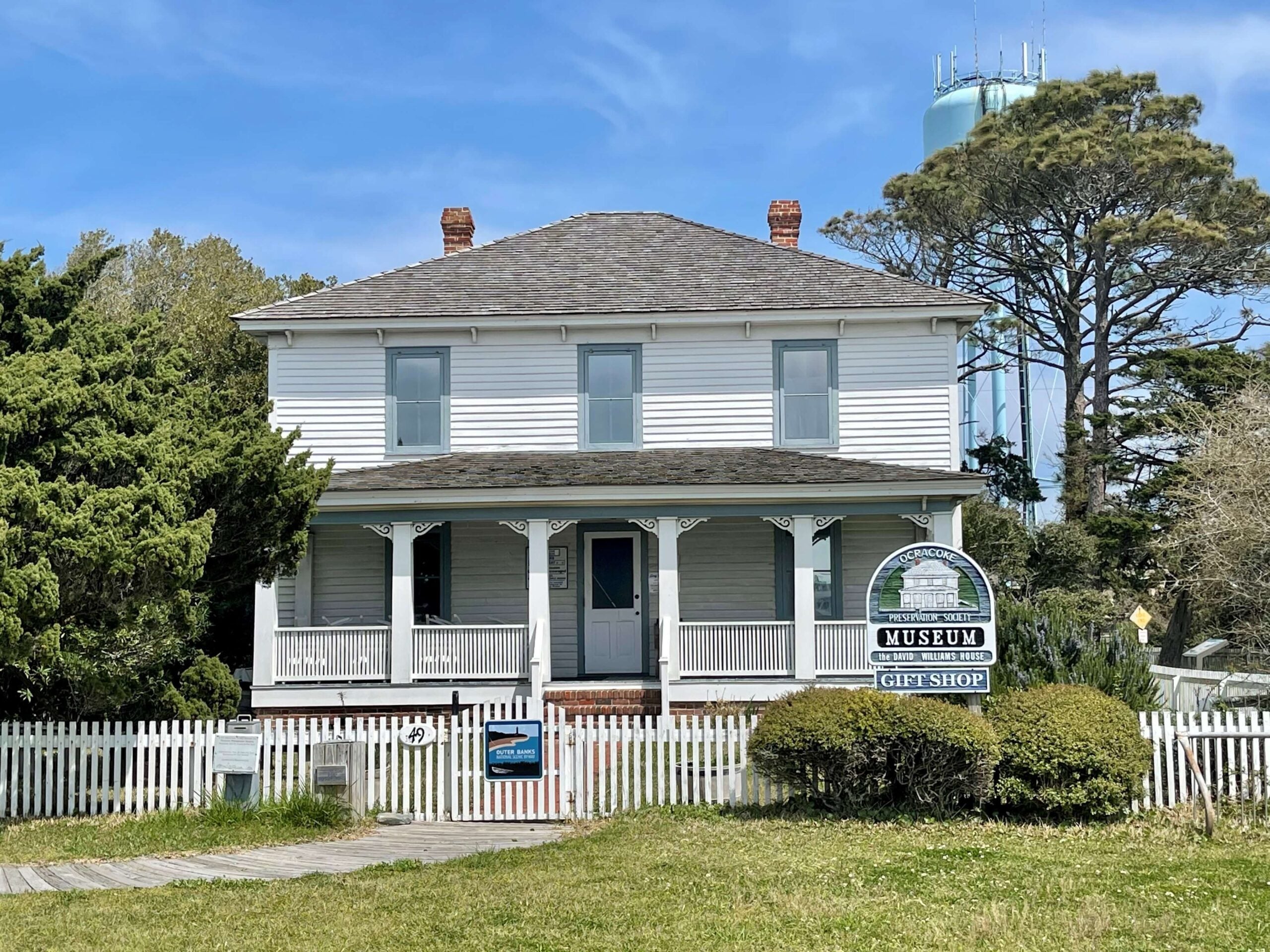 The earliest known names of the island were Wococon and Wokokon, reflecting its Native American connections. The names first appear on a 1585 map drawn by Capt. John White, who sailed from England to America as a member of Sir Walter Raleigh’s expeditions. Throughout the centuries, references to the island’s name changed, finally settling on Ocracoke in 1821. How do you pronounce Ocracoke? Ocra (like the vegetable okra) and Coke (like the drink).

During the 1700s, Ocracoke Inlet was one of the busiest on the East Coast. With access to river channels to mainland North Carolina, many of the area’s goods arrived and departed from Ocracoke and Portsmouth Islands.

In 1715, the North Carolina Colonial Assembly passed an act to settle inlet pilots at Ocracoke to service ship traffic. Pilot Town was to become home to pilots hired to steer ships safely through the ever-changing channels to mainland ports. By the 1730s, pilots and their families had settled in Pilot Town, building homes and other structures on public land.

On November 22, 1718, Edward Teach, the infamous pirate Blackbeard, was killed off Ocracoke Island by British naval troops led by Lieutenant Robert Maynard. The Battle of Ocracoke, as it is known, took place off what is now Springer’s Point Preserve. The popular fishing hole just off the point is referred to as Teach’s Hole. 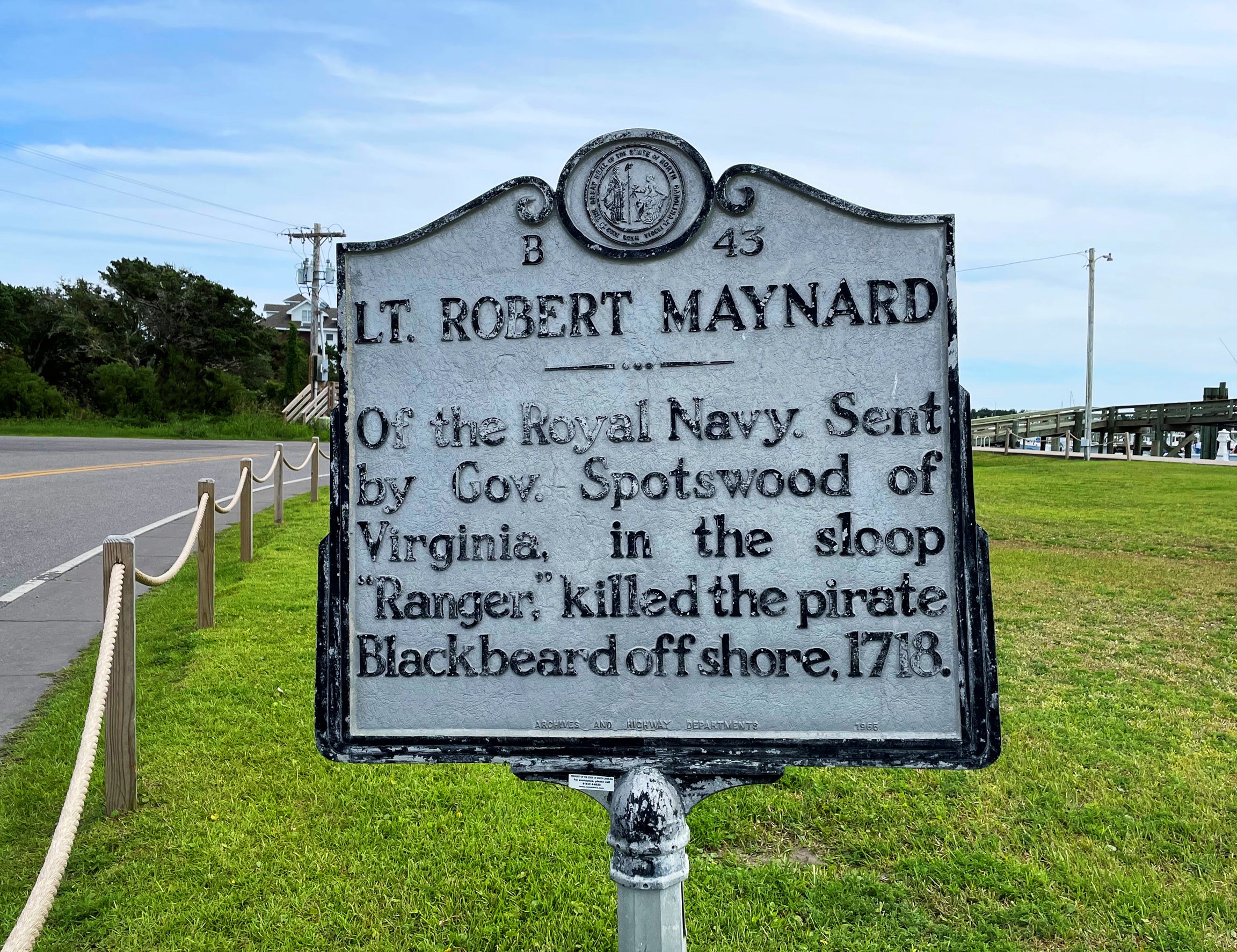 In 1794, the U.S. Lighthouse Service began construction of North Carolina’s second lighthouse at Shell Castle Island, a 25-acre, shell-covered island located between Ocracoke and Portsmouth Island. Located adjacent to the deepest inlet channel, the wooden light tower was completed four years later. A small light keeper’s house was built along with homes, docks, warehouses, and a wind-powered grist mill. By 1818, the channel had shifted nearly a mile away. That same year, both the lighthouse and the keeper’s house were destroyed by lightning.

In 1822, for $50, the federal government purchased two acres of land on Ocracoke to be the site for a new lighthouse. The current Ocracoke lighthouse was completed in 1823 at a total cost of $11,359, including a one-story keeper’s house. One of Ocracoke’s most popular destinations, the lighthouse stands at 75 feet tall. The Ocracoke Lighthouse is the oldest working lighthouse in North Carolina and the second oldest in the nation. 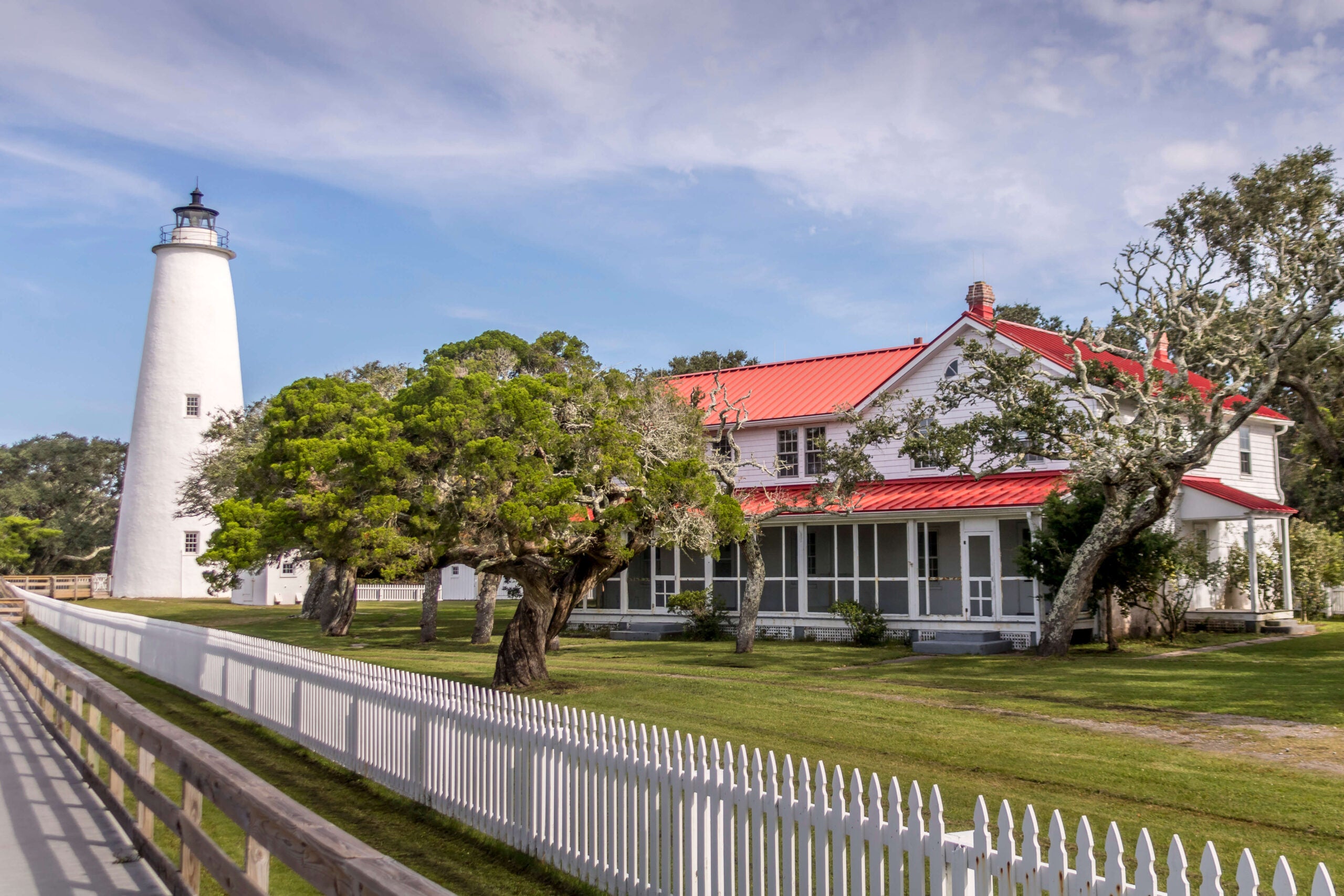 U.S. Life Saving Service facilities were established on Ocracoke in 1883 to respond to the number of ships being wrecked or stranded in the Graveyard of the Atlantic. The first station was constructed on the north end of the island at Hatteras Inlet. In 1903, a second station was built in Ocracoke Village and is now home to the North Carolina Center for the Advancement of Teaching (NCCAT). 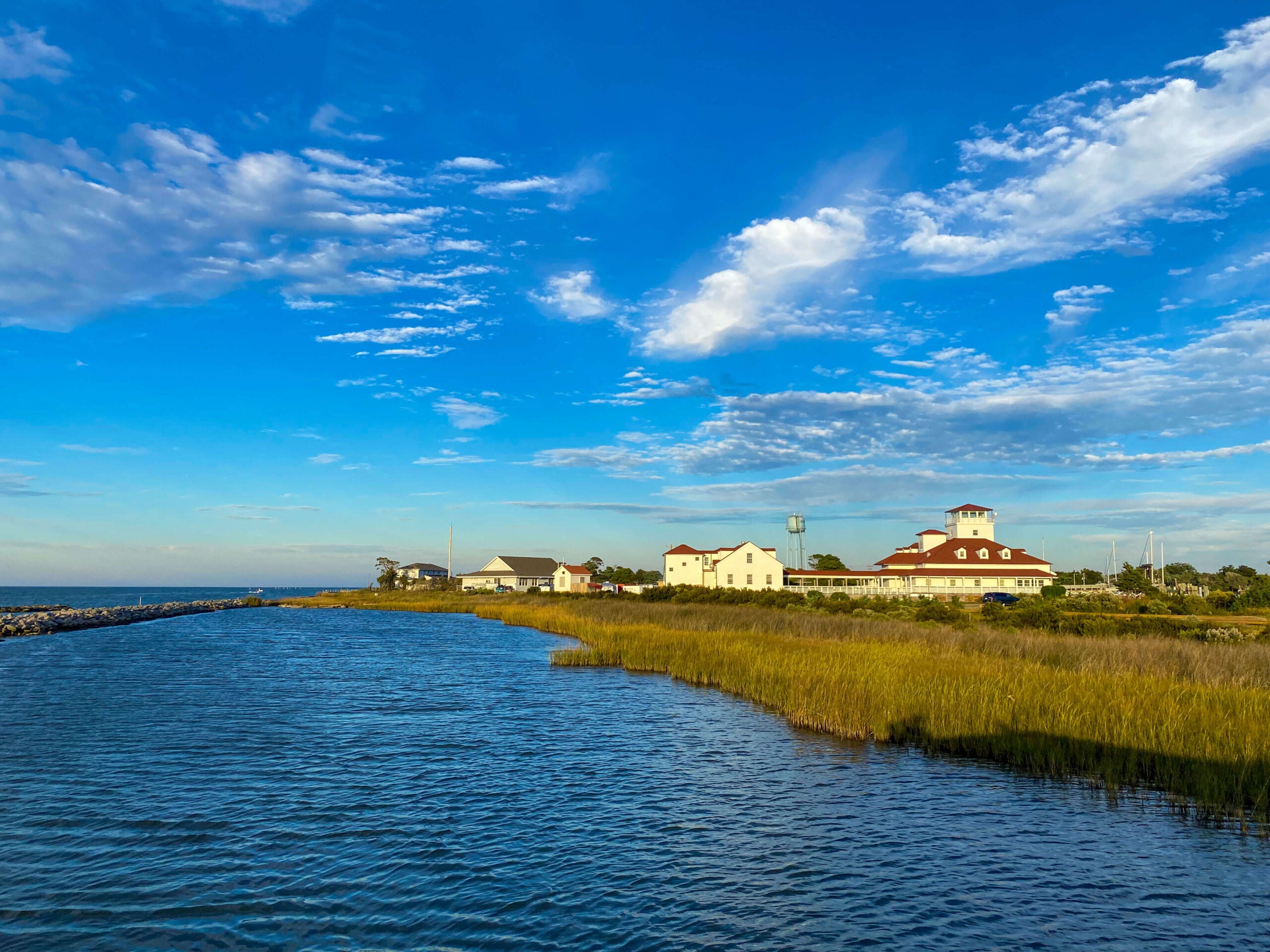 The mail boat Aleta began service between Ocracoke and Atlantic in Carteret County in 1938. The Aleta carried passengers along with mail, freight, groceries, and even fish. Residents would gather at the docks on Ocracoke to await the arrival of Aleta. It was a social event, with locals chatting, collecting their mail and packages, and greeting visitors to the island. In the 1950s, Hatteras native Frazier Peele started a ferry service across Hatteras Inlet carrying 3-4 vehicles.

During World War II, the U.S. Navy built a base on Ocracoke near the current day southern ferry terminal, National Park Service Visitor Center, and parking area. The Navy operated a radar and sonar tower at Loop Shack Hill in a series of dunes just outside of the village.

German submarines, or U-boats, lurked off Ocracoke Island’s shores during World War II. In 1942, the British Royal Navy sent armed trawlers to assist the U.S. Navy in defending the coastline. Traveling down British Cemetery Road, you will find a Royal Navy flag marking the British Cemetery. The cemetery is the final resting place of four sailors from HMT Bedfordshire, an armed trawler that was torpedoed by U-boat 558 on May 11, 1942. Land for the cemetery was donated by Ocracoke residents and is recognized as being “forever England.” Each May, a ceremony and reception are held commemorating the sinking of the HMT Bedfordshire and honoring these and other brave sailors who served in World War II. 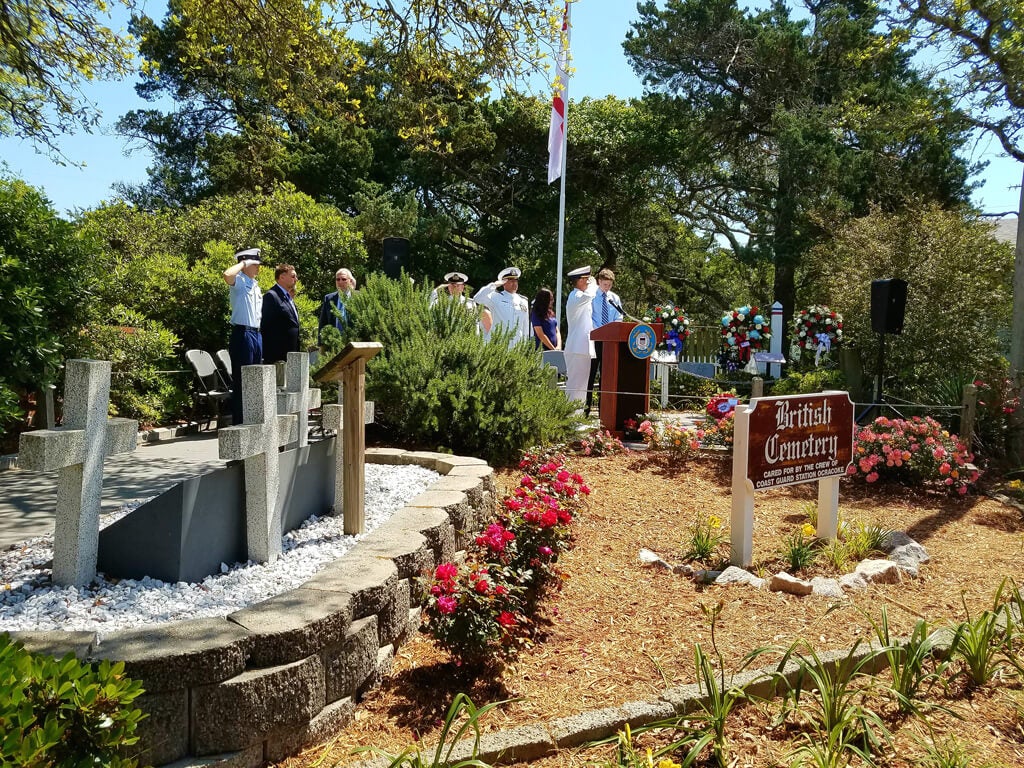 Visitors to Ocracoke will discover four historic buildings, unique in architectural style influenced by both New England turn-of-the-century resort architecture and Colonial Williamsburg. These were the properties of Sam Jones, an industrialist, entrepreneur, and by all accounts, a colorful character who fell in love with the island and its people. Built in the 1950’s, Berkley Castle is a prominent landmark on Silver Lake Harbor which was used as Sam’s guest house. Berkley Castle is now home to The Castle Bed and Breakfast, one of Ocracoke Island’s treasured landmarks. Affectionately known as The Castle on Silver Lake, the B&B is on the National Register of Historic Places. Guests enjoy this historic property with charming rooms decorated with antique furniture. 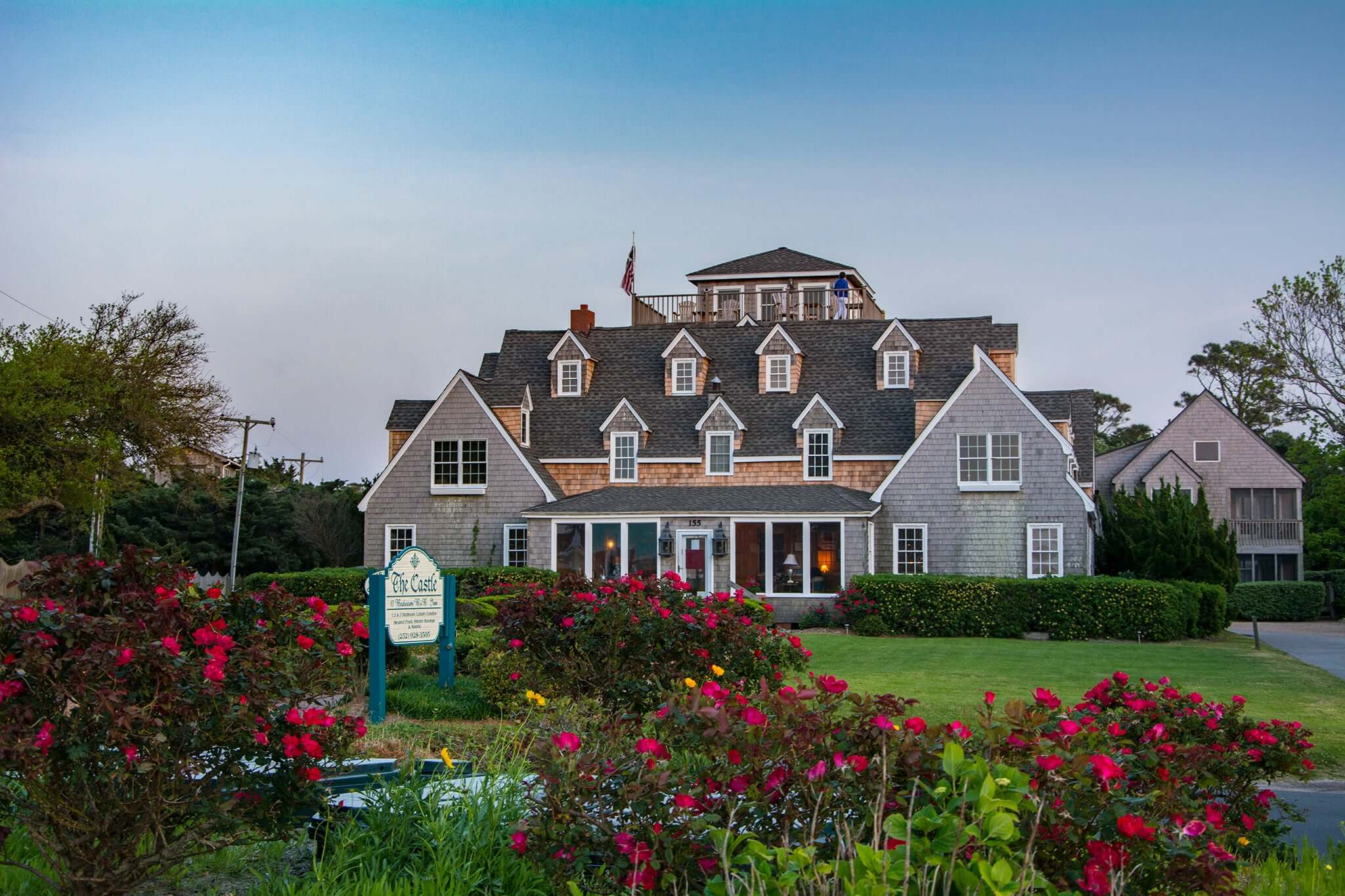 In the summer of 1954, Captain Marvin Howard organized the first and only mounted Boy Scout troop in the country. Some believe the original ponies were brought to the island by early settlers; others believe they swam ashore from ships wrecked on nearby sand bars.  Since 1959, the once wild Banker Ponies have been penned for their protection and cared for by the National Park Service. You will find the Ocracoke Pony Pasture seven miles northeast of Ocracoke Village. 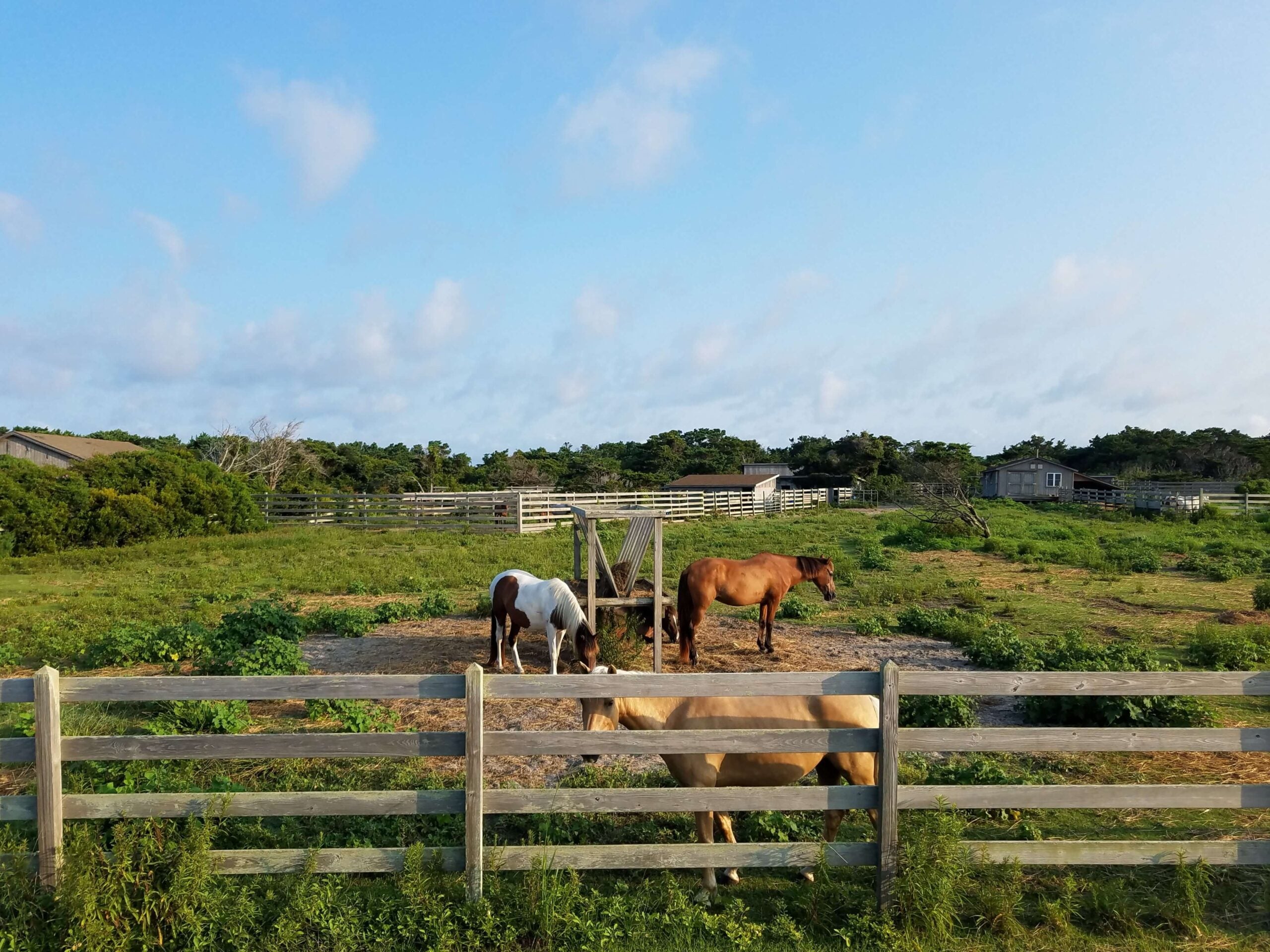 Ocracoke’s Volunteer Fire Department was organized in 1966 when Sam Jones purchased the first fire engine. A two-story firehouse was built through the efforts of a native islander, R. Stanley Wahab, Sr. Over time, the original firehouse was no longer large enough to accommodate the growing needs of the fire department. In 2009, an Ocracoke family offered to donate land for a new firehouse. After years of fundraising and generous donations, the new fire house was completed on land donated by the Hutcherson family, owners of the Ocracoke Variety Store.

When the last remaining fish house on Ocracoke was put up for sale in 2006, the livelihood of local fishermen was at risk. Approximately 30 fishermen organized the Ocracoke Working Watermen’s Association. Ocracoke Seafood Company, operated by Ocracoke’s Working Watermen, is the island’s only fish house.

We invite you to discover the coastal charm, compelling culture, history, and natural landscape of Ocracoke Island.

Book your stay today! You can check availability on our website anytime. Information about pet-friendly Ocracoke rentals, waterfront homes, and rentals with flexible dates are available, too!

Be the first to know about special offers on Ocracoke Island vacation rentals and the latest local news by joining our email program.